Under Evil’s Watch is a game based on the mechanics of „Master Builder“ (Atari 2600) and inspired by the Swiss tale of the devil’s bridge.
-basic movement left, right and jump
-the player can pick up blocks and replace them to build bridges
Through this game I wanted to introduce the subject of underpaid and exploited people.
The graphics are inspired by Swiss graphic designers Josef Müller-Brockmann, Emil Ruder and Armin Hofmann.
The player takes on the role of a builder who has just died and gone to hell. The devil himself gives him the task of taking souls to hell. But the more the builder tries to bring souls to the devil the more things of his past life he will sacrifice. Until the end where he will remain with nothing, he will lose all the souls of his friends and will remain with only one: his own. 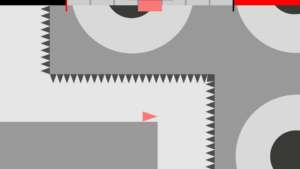 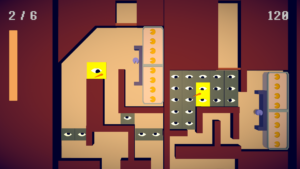 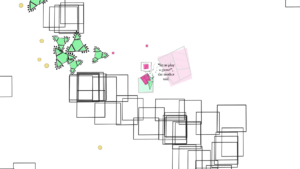